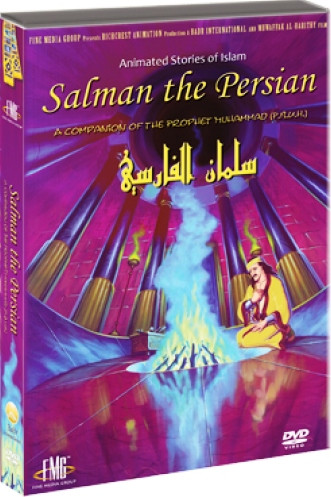 Salman the Persian - A Companion Of The Prophet Muhammad (PBUH) DVD

Salman the Persian, The truth seaker is the third film in the 3-part series that tells the unparalleled story of one of the most dedicated and brilliant companions of the Prophet (PBUH). Follow Salman's remarkable journey as he escapes from a privileged yet empty life in Persia and overcomes vast deserts and cruel captives in his quest for truth - in search of none other than Muhammad (PBUH). Salman the Persian is one of many companions, men and women, who had complete trust and love of the Prophet Muhammad (P.B.U.H.) and his message. His acceptance of Islam's universal truths led to his proclamation that "I am Salman, son of Islam, from the children of Adam." His faith in the face of obstacles is a true mark of a believer, worthy of emulation and admiration - watch as his story is retold in this beautiful companion film.